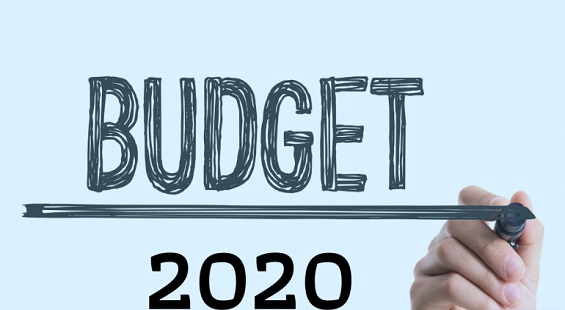 eBudget 2020: Its Impact On GST And Small Business Owners

The finance minister Smt. Nirmala Seetharaman presented the Union Budget 2020 on 1st February 2020. She focused on reforms that would strengthen the Indian economy with the help of short-term and long-term measures. There were three vital themes of the Budget; aspirational India, economic development for all, and caring society.

Highlights Of The Indian Budget 2020

The following are some of the budget highlights.

Changes Introduced To GST in Budget 2020

­The finance minister introduced many important amendments to the Central Goods and Service Taxes or CGST that you should know about. When the President approves these GST amendments, then they will be passed with the help of the Finance Act, 2020. The main CGST amendments that have been made in Budget 2020 are as follows along with highlights that you should be aware about.

Impact Of Budget 2020 On SMEs And Startups

The Union Budget had many vital announcements regarding SMEs. The finance minister started by stating the numerous benefits of GST. She stated that the reduced GST rates in India helped households save approximately 4% on their monthly expenses which is a major bonus. Moreover, due to the GST slab rates Rs. 1 lakh crore has been saved and this has been directly beneficial to the consumers due to the reduced rates. The finance minister stated that SMEs have benefited from GST too. She agreed that there were difficulties along the way but the GST Council helped to give solutions which helped make the transition easier.

Smt. Nirmala Sitharaman stated that more than 60 lakh new taxpayers were added in the past two years and over 40 crore returns have been filed as a result. There are more than 100 crore e-way bills that were generated and more than 800 crore invoices uploaded. The finance minister said that a simple new return system will be introduced on 1st April 2020. She stated that the GeM or Government e-Marketplace will create a Unified Procurement System. This will help provide a mainstream platform that will help procure services, works, and goods. She stated this will help MSMEs. More than 3 lakh vendors are already part of the platform.

The Budget emphasized that MSMEs will become competitive. This will be done with the help of a National Logistics Policy that will be provided. The aim of this is to make it clear about what the state governments, union government, and regulators are responsible for. This role clarification will make things easier. In addition, the focus will be shifted to employment generation and improving skills. Another proposal is to make amendments to the Factor Regulation Act 2011. Once amendments are made, the NBFCs will be able to use TReDS to increase the period of invoice financing. This can help boost financial sustainability of various MSMEs.

The restructuring of debt permitted by RBI was supposed to end on 31st March 2020. There are more than 5 lakh MSMEs that profited from this move which took place last year. The government has requested the RBI to extend it for another year until 31st March 2021. The finance minister stated that an app for financing loans will be launched and this will help the MSMEs. The reason is that the app will help minimize the cash flow mismatches and it will help remove the problems of delayed payments that are often quite problematic to MSMEs.

One of the difficulties faced by MSMEs is the working capital credit. The finance minister proposed that a scheme be introduced whereby the MSME entrepreneurs will be provided subordinate debt. Banks will provide the subordinate debt to the entrepreneurs and this will resemble the quasi-equity which functions like an equity but has properties of debt. The guarantee will come from the CGTMSE or Credit Guarantee Trust for Medium and Small Entrepreneurs. The government will make the necessary changes to the CGTMSE to incorporate this new scheme into it so that SMEs can benefit from it.

The budgetary allocation for MSME sector has risen 8% to Rs. 7572 crore. Those businesses which have a turnover that exceeds Rs. 1 crore need to have audits done by an accountant. The finance minister has proposed that instead of Rs. 1 crore turnover, a turnover of Rs. 5 crores will require an audit by an accountant. This move will reduce the stress related to compliance on shopkeepers, small retailers, and traders that come under the MSME sector. The vital point to remember is that this will only apply to businesses which have 5% or less transactions in cash. If that is not the case, then the new proposal won’t apply to those businesses in the MSME sector.

A new scheme is proposed by the finance minister whereby MSMEs in certain sectors will be provided support of Rs. 1000 crore. These sectors include technology upgrades, auto components, R&D, pharmaceuticals, and business strategies. The move is going to make the export more competitive which will further boost MSMEs. The National Textile Mission has been allotted Rs. 1480 crore which will help it become more competitive. The scheme states that National Logistics Policy will be allotted as well to the National Textile Mission which will help it become more competitive in the market.

Those sectors of MSMEs that are labor-intensive are important because they create more jobs and boost employment. When there are imports that are cheap then they can have a negative impact on the domestic MSMEs since they block the growth of the MSMEs. This is why the customs duty is being raised on footwear from 25% earlier to 35% now. There has been an increase in customs duty of furniture from 20% earlier to 25% now. A higher customs duty on particular goods such as chemicals and auto-parts is proposed by the finance minister as these goods are currently being made domestically. This will help boost the growth of MSMEs.

Impact of Budget 2020 on Startups

The Budget has something for startups as well. The government has proposed to give early life funding. This will include the seed fund which will help develop the early stages of the startups and it will support the ideation process too. Another move to help the startups was the ESOP. Tax is imposed on ESOPs at present which has led to cash flow problems for those employees who hold shares for a long time instead of immediately selling them. The finance minister has suggested that the tax burden can be eased by delaying paying the tax until the employees leave the company or until they pay after five years or until they sell their shares.

Initially, those startups that had a turnover of up to Rs. 25 crore were allowed profit deduction of 100% provided the total turnover did not exceed Rs. 25 crore for three consecutive assessment years. This was out of 7 years. The finance minister has now suggested that the turnover be increased to Rs. 100 crore and the claim of deduction be allowed up to 10 years instead of the existing 7 years. This is beneficial for large startups. Moreover, since the startups may not have sufficient profit for getting the deduction in the initial times, this is a breather and will help all types of startups.

Speaking of fund allocations, there have been certain cuts in many credit schemes. The most talked about is the Credit Support Programme that has to bear a cut of over 80%; from Rs. 597 crore to Rs. 100 crore now. The Interest Subvention Scheme for Incremental Credit to MSMEs has been cut to Rs. 200 crore from the previous Rs. 350 crore. This was one of the useful schemes that has taken a cut. The Market Promotion Schemes has many sub-schemes and many of these have been reduced by over 40%; from Rs. 123 crore earlier to Rs. 74 crore now. Another scheme known as the Marketing Assistance Scheme or MAS saw a cut from Rs. 10 crore to Rs. 0.04 crore.

While the Fund for Funds allocation has doubled from Rs. 100 crore to Rs. 200 crore, the MSME Fund has been cut by 50%. The International Cooperation Scheme was allocated Rs. 30 crore earlier has now been reduced to Rs. 20 crore. Another cut was seen in the Technology Upgradation and Quality Certification schemes where earlier the allocation was at Rs. 755 crore and now it is at Rs. 683 crore. ASPIRE which is one of the important schemes for rural entrepreneurs saw a cut of Rs. 20 crore; from Rs. 50 crore to Rs. 30 crore. Another scheme called Credit Linked Capital Subsidy and Technology Scheme had a reduction in allocation by over Rs. 50 crore.

The Budget 2020 by finance minister Smt. Nirmala Sitharaman focused on making India more competitive and boosting the domestic industries. While allocations increased in many sectors and considerations were made to reduce or take away anything that was not in favor, some sectors saw cuts too. The finance minister assured that wealth creators will be protected with this budget while incomes will get a boost as people will have an improved purchasing power. The finance minister made changes to the GST and promised that the budget will help revive domestic growth by focusing on various aspects of it.